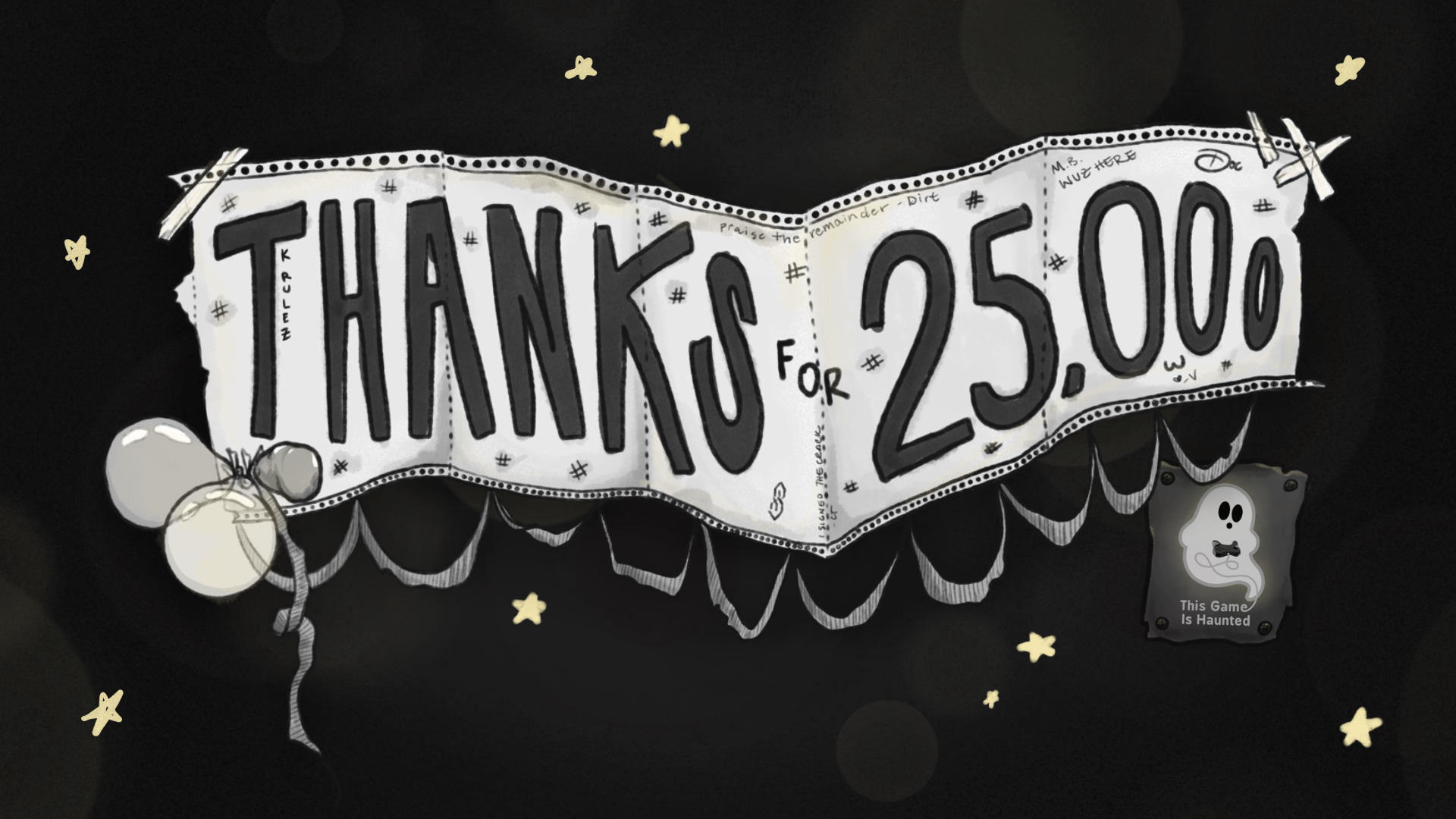 On behalf of all of us at This Game Is Haunted, thank you for all of the love and support you've shown Trash the Planet! We recently passed 25,000 plays, a number that would've been unthinkable to any of us just weeks earlier. We poured many thousands of hours of our lives into this project, and we're so glad to see it resonating with so many people.

I wanted to take a moment to talk about what's next for Trash the Planet and our small team at This Game Is Haunted. Right now, our primary focus is on submitting our game to a variety of festivals. We're proud of what we made and, based on how much support and positivity we've seen for it, we feel like it's got a decent shot at picking up some additional attention or recognition.

But after that's done, I (Nick) am hoping to dig in and address a few of the bugs that you've shared with us. As the sole programmer on this project, I have to admit I was a bit, well...is "terrified" too strong a word? Nah. I was terrified that I must have missed some massive, cataclysmic bugs before launching. Thankfully, that doesn't seem to have been the case! However, there are a couple of persistent, moderately annoying things that I'm hoping to patch up in the near future. I'll be sure to put out a devlog when I've got some good news to share on that front.

Beyond bug fixes, what's on the horizon for our game? We've heard from a few of you that you'd like to be able to pay to own a copy or otherwise support our game. We really appreciate your thoughtfulness, but I want to reiterate that this version of the game as it exists on itch.io will always be free. We talked a lot about this in the months leading up to launch and we still feel that's the right decision for a game like this. However, I've found myself thinking a lot about what a good mobile-optimized interface for the game might look like. Additionally, I've been exploring what it'd take to package up our game as a downloadable executable. We don't have anything to announce today, but I just wanted to share that those are two avenues I'd love to explore if time permits. In the meantime, if you'd like to support our brilliant composer Bryan, I'd encourage you to go check out the Trash the Planet Original Soundtrack on Bandcamp. <3

Speaking of which: just to set expectations, I want to mention that all five of us at This Game Is Haunted work full-time jobs outside of the games industry. As much as we'd love to jump in and gear up for another major new project, we've all chosen to take a little time to rest up as best as we can from the stress of launching this game. I've loved working with every one of my teammates on this game, though, and I'm hopeful that we'll keep collaborating on projects in the future!

Anyway, that's enough off-the-cuff updates from me for one day. Maybe in the future I'll share some technical updates or how-to guides about the bug fixes or potential updates I mentioned above. If that sounds interesting, stay tuned!

But in the meantime, I just want to once again say: thank you so much for all of your support. This game means an awful lot to us, and we're very glad to see it's made an impression on so many of you as well. We'd love it if you shared it with your friends and followed us on itch, Twitter, or Instagram to keep up with whatever we do next.

Get Trash the Planet

An anti-capitalist clicker for all ages